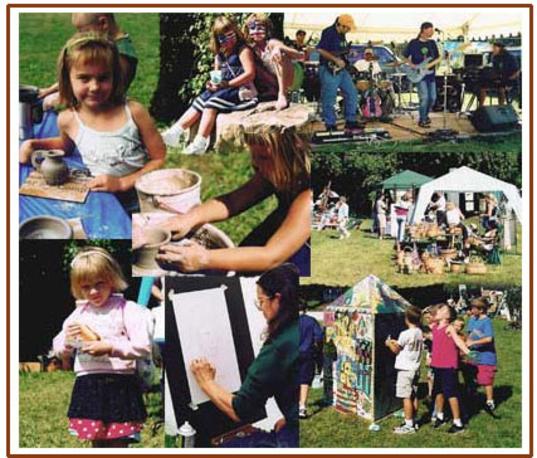 The first stirrings of an annual Rocky Ripple festival began in 1998 when the town officially obtained the land now known as Hohlt Park.  After much legal wrangling, Rocky Ripple had its first official park, and townsfolk were anxious to use it. The Community Association decided a celebration should be held. Because of the large number of musicians that were residents of Rocky Ripple, it was agreed it should be a day of music utilizing local talent.

The event was held in August, during a near record heat wave. Planning was impromptu – requests for bands were put out by word of mouth. Handy-carpenter-types built a small stage. No one had sound equipment, but someone knew someone in Henry Lee Summers’ band. Not only did Henry end up letting Rocky Ripplers use his equipment, he decided to participate and sang some of his hits from the nine albums he had produced by that time. The excellent music brought out neighbors from near and far and the first Rocky Ripple Festival was deemed a success!

The next year brought about a dedication ceremony for Hohlt Park, but no festival in 1999. The Community Association and interested members of the neighborhood began to expand the vision for an annual celebration. They decided music was fundamental, but we had other “artist types” in the community, and why not make it into an “Art in the Park”  festival? Local artist Megan Wright provided information about juried arts festivals and artist Vandra Linder created a unique logo for the festival that would continue to be used year after year to draw attention to our small scale tribute to the arts.

The first RR festival featuring music and local artists displaying their wares occurred in 2000. A small food booth manned by Community Association volunteers was added. And the rest, as they say, is history.

Each year, the number of participating artists has increased, and the reputation of the festival has grown. The name of the festival was changed from “Arts in the Park” to “Rocky Ripple Festival for the Arts” so people would know that a wide range of activities were included, such a games, kids’ entertainers, a raffle and more options for food and drink.

In addition to the growth of the festival itself, the money raised at the festival has increased from year to year. This is now the major annual fundraising mechanism for the Rocky Ripple Parks Endowment fund, which was established to maintain the parks in Rocky Ripple. 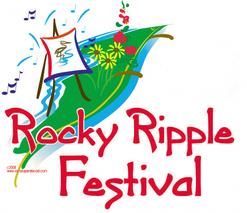 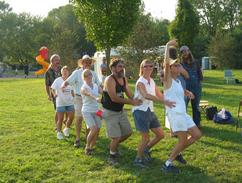 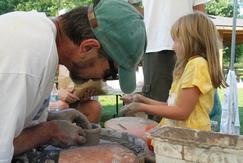 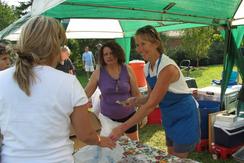